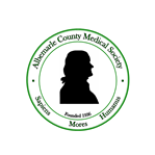 Serving his eleventh term, Steve has been an able steward of taxpayer resources in the House of Delegates. During his tenure, he has focused on promoting economic development, fostering education innovations, and increasing healthcare choice, access and affordability. He has been a steady voice of reason heard above the noise that all too often clouds our political discourse.

A lifelong resident of the Valley, Steve is a graduate of Buffalo Gap High School in Augusta County, and he received a Bachelor of Science Degree from Virginia Commonwealth University. He and his wife Angela live in Weyers Cave, Virginia, with their son Roth. He is also Past President and a Member of the Weyers Cave Ruritan Club. Steve and Angela are both Members and Elders of Mt. Horeb Presbyterian Church.

Steve is presently a Public Relations Consultant. Most recently he served as Vice President of Market Development for Blue Ridge Bank, and prior to that he served for six and a half years as Community Relations Coordinator for DuPont Community Credit Union. He has served as Executive Director of NewBiz Virginia, the Shenandoah Valley’s small business incubator, for five years. Steve was a Life Insurance Agent and Registered Representative with Massachusetts Mutual Life Insurance Company. In addition, he worked at Davis & Davis Marketing, Inc., a Staunton-based marketing and advertising firm, as a Media Buyer and then as an Account Executive.

Steve serves as a House Budget Conferee. He is a Member of the Governor’s Advisory Council on Revenue Estimates, representing the House of Delegates, serves on the Major Employment and Investment (MEI) Projects Approval Commission; the Education Commission of the States; and serves on the Joint Legislative Audit and Review Commission, the Joint Committee on the Future of Public Elementary and Secondary Education, as well as the Virginia Growth and Opportunity Board. Additionally, he serves on the Board of Trustees of the Frontier Culture Museum of Virginia. From 1988 to 1992 he served as Legislative Assistant to his predecessor, former Delegate A.R. “Pete” Giesen, Jr., and from 1993 to 1995, he served as Congressman Bob Goodlatte’s District Director and District Representative.

Steve has had much success in the House of Delegates. Among his legislative achievements, he patroned legislation creating the Governor’s Agriculture and Forestry Industries Development Fund. This establishes an economic development grant and loan program targeted specifically at agricultural and forestry operations. He sponsored a bill creating the Office of Inspector General to investigate complaints for fraud, waste, abuse, corruption, or mistreatment of citizens of Virginia by public officers and employees. Landes also patroned legislation creating a Small Business Jobs Grant Fund administered by the Department of Small Business and Supplier Diversity for jobs created. To promote agriculture and assist rural areas in Virginia, he introduced legislation creating the Secretary of Agriculture and Forestry as part of the Governor’s Cabinet and legislation establishing the Center for Rural Virginia. Most recently, Landes championed the creation of the Virginia International Trade Corporation to generate opportunities for small and mid-sized businesses to expand new markets, increase international markets, and most importantly, create new jobs here in the Commonwealth. As a result of this legislation and his continuing work to promote economic development, he was named the 2016 Legislator of the Year by the Virginia Chamber of Commerce.

This entry was posted on September 15, 2016 by admin in General Meetings.